Reklama
Reklama
Reklama
Reklama
Udostępnij na Facebooku
Udostępnij na Twitterze
In the transition away from fossil fuels towards renewable energy, nuclear energy will be essential to stabilise the system. Nuclear power is not renewable energy but neither does it generate emissions of greenhouse gases and other pollutants.
Aside from arguments linked to the green transition, security-related goals are no less important. Nuclear power ensures the security of fuel supplies from predictable partners and bolsters resilience to price fluctuations on the energy commodity market.
Reklama

This is a priority for KGHM Polska Miedź. The company’s production infrastructure consumes approximately 3 TWh of electricity annually, which makes it the second largest consumer in Poland. Ensuring a stable supply of energy at the lowest possible price is a key challenge. This is why KGHM has contracted the US company NuScale Power to start preparatory work with a view to commissioning a power plant based on SMR (Small Modular Reactor) technology in 2029.
Reklama
NuScale Power is an industry leader. Their reactor design was the first technology to be approved by the US regulator NRC Standard Design Approval. At the end of April 2022, NuScale Power announced that it would begin work later this year to develop the equipment necessary to manufacture the reactors under an agreement with the South Korean company Doosan Enerbility.

Atom is a business raison d'etre 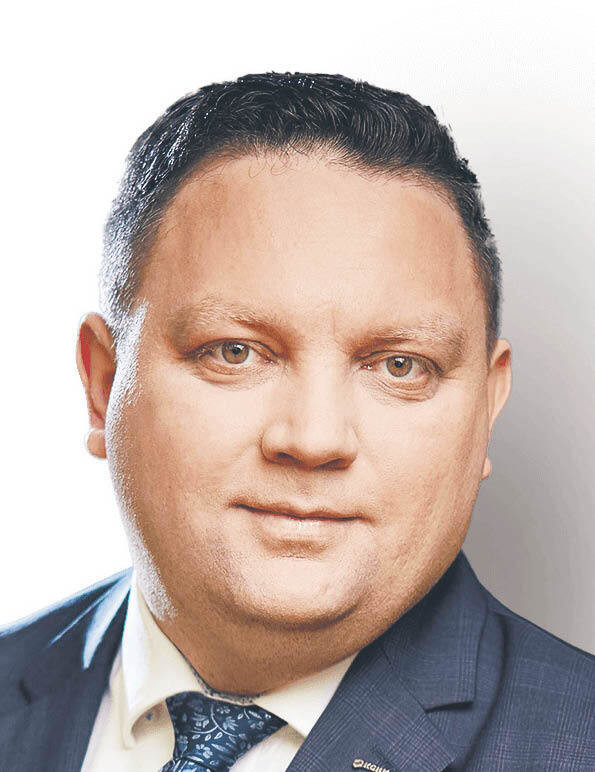 Marcin Chludziński KGHM Management Board Chairman / Materiały prasowe
Can we become climate neutral without nuclear energy? The war beyond our eastern border has stripped us of any illusions we may have had. Today, it is hard to question the need to expand the Polish energy mix to include nuclear energy if we are to seriously address the challenges that await us in terms of security, ecology, and the competitiveness of the domestic economy. At KGHM, this has been common knowledge for some time now. In February, we entered into a historic contract with NuScale regarding the commencement of works on the implementation of small module reactors (SMR) in Poland. This is the first such venture not only for the Polish energy sector but also for Europe as a whole.
The NuScale reactor, with a capacity of 77 MWe, will be contained in a vessel 23 m high with a maximum diameter of 4.5 m. As an illustration, this roughly corresponds to the dimensions of a standard passenger railway carriage. Thanks to its height, the convective flow of water is so powerful that the reactor operates without circulating pumps. This reduces the cost and increases safety, eliminating potential pump failure because there simply are no pumps. The project covers a unit of six such reactors with a combined capacity of 462 MWe, with the option of adding another six in the future.

The SMR implementation is the responsibility of the American partner. KGHM will be responsible for selecting the best location, obtaining all the approvals and permits required by law, constructing the facility and the accompanying infrastructure, and providing all the non-nuclear parts, i.e. turbines, coolers, etc. Another key challenge is the establishment of a competence centre and training staff for the investment. A 462 MWe unit may not be much in the face of Poland’s energy needs but it is enough for KGHM, especially because the company is consistently diversifying its energy sources, including solar, wind, and hydrogen energy.
As a pioneer of SMR technology in Poland, KGHM expects that it will gain invaluable experience and that the success of the investment will improve the sentiment of the general public in Poland about nuclear energy, including high-power reactors built by the government.

The adoption of nuclear energy is reflected in the KGHM strategy updated earlier this year. To address changes in the environment, the strategic directions of development (flexibility, effectiveness, ecology, e-industry) have been expanded to include an additional fifth priority: energy.
This is a natural direction of development as the world’s largest mining companies pursue their own energy transition programmes. For instance, the global giant Anglo American, which is also active in the copper industry (as well as diamonds, platinum, nickel, iron ore, and coal), meets its own energy needs to a large extent through wind and solar energy systems, geothermal energy, hydroelectric power, and the use of hydrogen. The world’s largest copper producer Codelco and the world’s largest mining company BHP have followed suit by developing proprietary photovoltaic, wind, and hydro projects.
Not surprisingly, KGHM is following the global trend. The company has committed to covering half of its energy needs from its own sources by 2030. At present, they generate slightly more than 22%. This is not bad, but the company has greater ambitions. KGHM wants to use renewable energy sources as actively as possible, including photovoltaics, wind energy, hydrogen, as well as nuclear power.
This is a great technological challenge for many Polish companies which run energy-intensive businesses. They need to gain access to cheap, cost-effective and stable energy supplies. There are several hundred such companies in Poland which consume 35 TWh a year in aggregate, more than 20% of total electricity consumption in Poland. These include mines, as well as fertiliser, chemical, and metallurgical manufacturers. The mining industry is particularly energy-intensive, not least because underground corridors need to be ventilated. It follows that the energy transition of big industry is a business priority for the government.
Content by: KGHM
>> Special edition: World economic forum Davos 2022 <<